Tradition is that part of culture passed from generation to another differing in details from community to community. A community is unique based on the traditions it follows when celebrating or honoring a particular custom or events. 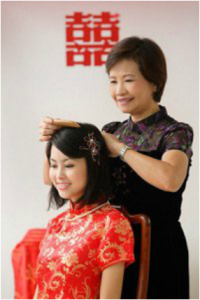 In China, the couples get advised on a suitable engagement date preferably even numbered months and dates, avoiding the Lunar seventh month (the month of the hungry ghost festival). A month before the wedding day, the groom and a friend will deliver betrothal gifts on the engagement day. A fortune woman will install the bridal bed in the bridal room up to 12 days before the wedding and conduct a hair combing ceremony a night before the wedding day. This is done either in front of an open window with a visible moon or in front of a mirror. During the combing ceremony, four hair combings represent four blessings that are given to the bride. The first hair combing (together all their lives), the second hair combing (harmony in their marriage), the third coming (blessed with many children and grandchildren) and the fourth hair combing (blessed with long-lasting life). The Chinese decorate the two households by hanging a red banner across the front doors to announce the wedding. 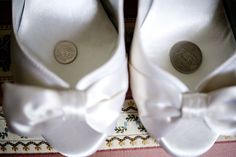 In Sweden, the bride is not given away by her father but walks along the aisle alone. She has coins in her shoes; a silver coin in her left shoe and a gold coin in the other given to her by her parents to symbolize that she will never lack. The Swedish have a trilogy of symbolic rings for the bride to be: upon engagement the first ring is given, another ring during the wedding ceremony and the third ring on the birth of the couple’s first child. They also have a wedding clothing rule, which is that if a female attending the wedding wears red to the ceremony, it is perceived that she had an affair with the groom. If the groom leaves the room then the bride is open to receive cheek kisses from anyone who is willing. The same applies to the groom when the bride leaves.

In Malaysia, it is tradition to begin investigating for a suitable bride (known as the merisik) when the future groom becomes of marriageable age.  An engagement is reached after a series of friendly visits from go-betweens and family representatives to ensure a suitable match for the groom and a potential wife. If the engagement is agreed, they discuss the wedding date and the wang belanja – the amount of money paid towards the wedding expenses. A minimum of seven gifts is given for the betrothed bride while she is expected to exceed the number of gifts her groom has offered. When the groom goes to the bride’s house to claim her, he has to pay a tax to enter her house. This is a money gift to the bride’s family. The wedding ceremony comes to an end when the bridal pair goes off to the bride’s house to pay their respects to her family.

The culture of the Tidong community observe a tradition in which after the wedding, the bride and groom are not allowed to use the bathroom for three whole days. They are watched over, allowed to eat only minimum amounts of foods and drink and not allowed to leave the house to empty their bowels or to urinate. It is believed that if this isn’t practiced, bad luck will befall the couple, and it would lead to consequences such as broken marriages, infidelity or death of the children. The couples are allowed to go back to their normal routines after three days. 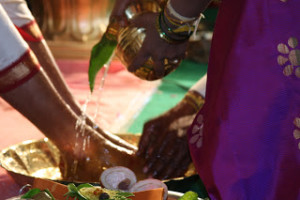 Among Indians, the wedding is divided into three parts: pre-wedding, main and post-wedding. A Pandit, who has selected the wedding day based on the bride and groom’s horoscopes, conducts a prayer with family members to provide the couple with happy married life. The wedding altar (Mandapa) is built, and the groom is welcomed by his future mother-in-law where his feet are washed, and he is offered honey and milk. His sister in law will then attempt to steal his shoes, and if successful, the groom must pay to get them back. An Indian groom usually wears a turban containing a veil of flowers to protect him from evil spirits. The parents give away the bride and do not have any meals before the wedding to remain pure for the event. The bride’s saree is normally tied to the groom’s scarf to symbolize the union of the two souls. During a similar ceremony, a cord is tied around a couple’s necks (typically tied by elders of the bride and groom) to protect them from evil. 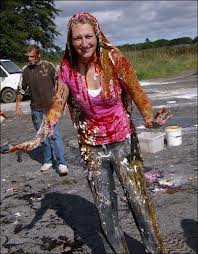 In Scotland, friends and relatives of the woman to be wedded, normally show their affection by throwing nasty things like dead fish, spoilt food, tar sauces, mud and curdled milk on her. She is also tied to a tree and afterwards, taken for a night out. The belief is that, if the bride can handle all that, then, she could be able to handle anything is her marriage. 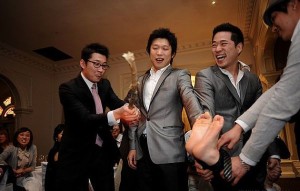 In Korea, the groom’s feet are beaten with a cane or fish or a cane before his first night as a married man. This is made to make sure that the groom does not disappoint on the night of his wedding.

In Russia, before the wedding, the groom’s family will visit the bride’s family to pay dowry. If it’s not as they had agreed, a substitute bride is normally presented until all the money is paid in full or the groom becomes satisfied with it. 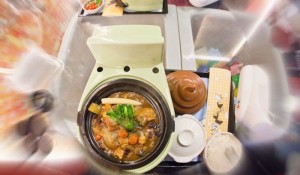 In France, after the wedding is complete, the bridal party collects all the foods that were left over and put the in a toilet bowl. It is then taken to their new bride and groom’s room where they would be expected to eat it.

In the Maasai culture Kenya, the father of the bride blesses his daughter by spitting on her head and breasts. After, this she leaves with her husband and does not look back for fear of turning into a stone.

In Romania, a man normally abducts a woman he wants to marry, or couples ran away without the consent of their parents. If the man manages to kidnap the woman for at least three days, she is officially recognized as his wife.

In Sudan, for the Neur tribe, the groom can get married if he pays for 20-40 herds of cattle. The wedding is complete if the wife gives birth to two kids. If the wife has only one child, the husband can ask for a divorce. He can also ask for the cattle or the baby. 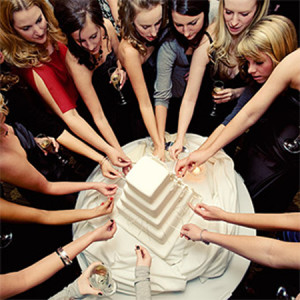 Among many Latinos, the bouquet toss is abandoned. Instead, everyone crowds around the cake and pulls a ribbon out from it. One of the ribbons will have a ring attached to the end of it and whoever pulls it out is next to get married.

Among the people of Marquesas Island, the bride and the groom have to walk over the relatives friends at the end of the wedding reception and everyone has to lie down to make a human carpet.

Are our own wedding traditions any less unique? Clinking, bouquet toss, or even the garter ceremony, might have people of other countries completely perplexed, embarrassed, or even offended. Let us know in the comments below about wedding traditions that you have discovered! 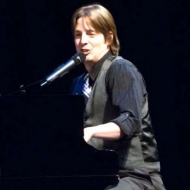 If you need help using the website, let me know. That's what I'm here for. :)