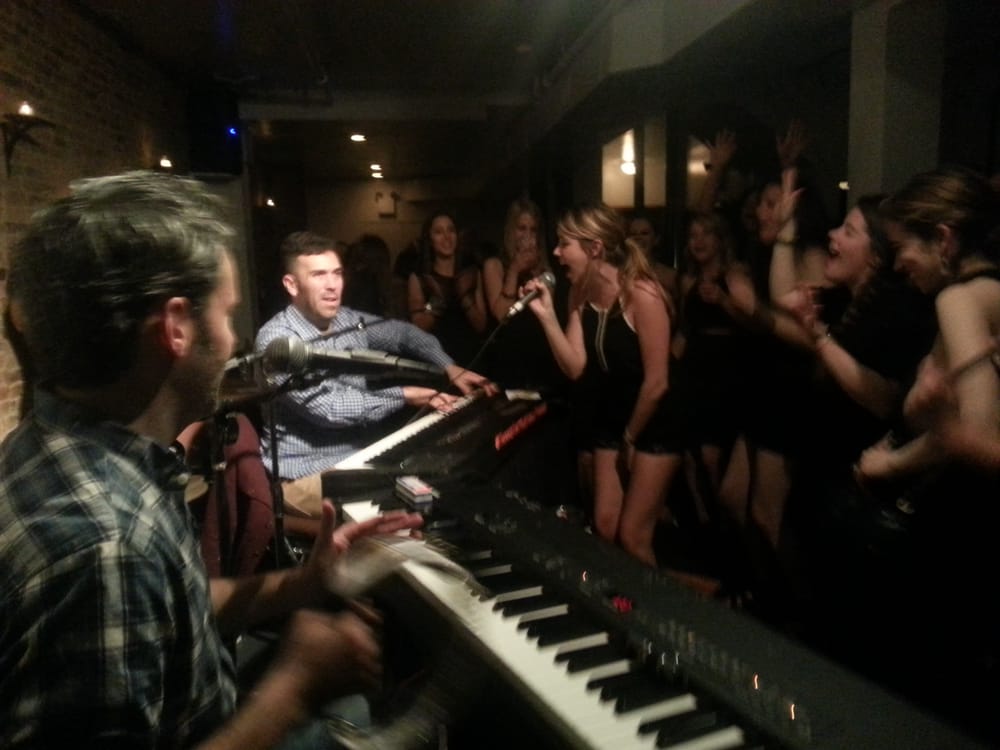 Underneath the restaurant Gran Morsi is a room called the Cellar, their event space, located in the Tribeca area of downtown Manhattan. Every Saturday this space turns into a high-energy, tip-driven dueling show with two keyboards and a house drummer. As the house player, Mark says, if you can top it, you can stop it. The show is focused on playing requests for the highest bid, and they are not shy about stopping a song for a bigger tip than what was given to play the song in the first place. The cellar is an intimate space with low ceilings, and small cocktail tables arranged around a small stage, reminiscent of a small comedy club. Admission is by ticketing only, and you are encouraged to purchase tickets in advance. If you purchase them directly they are $20 ($25 for front row seats--not really needed since the space is so intimate), but you will almost certainly find deals on Groupon and Living Social (under the name Shake Rattle 'n Roll) for almost half that. This show sells out frequently, so you should definitely purchase your tickets well in advance.

Showtime is 10pm - 1am with no breaks, although the performers sometimes stay later if the crowd is rocking. You best get there before 10pm to claim your seat. It's intimate cabaret-style seating (think of a comedy club), and the limited-to-no standing room. There is a 2 drink minimum and there's table -side service. This is also the longest running dueling show in Manhattan, surviving both Sweet Carolines and HA! Comedy Club, both now closed. The show runs every Saturday, although lately they have been known to have a Friday here and there. Check the website for dates.